Guy Fawkes night has been and gone but fireworks always look exciting. We were pretty fired up as we traveled to Gloucester by train to collect our motorhome. Someone showed us how everything worked and how to set various pieces of equipment, we bought extras bits and bobs such as the red and white warning square to be attached on the back when driving abroad, leveling blocks and bits for the kitchen.

After much trepidation concerning driving ‘The Beast’, we rolled out off the premises and onto the public roads.  It was quite straight forward to drive in the end, as long as I was going forward, and after 15 minutes or so I started to relax into it and took the islands and turns at an easy pace.  By the time we had gone over the M4 heading south down to Marlborough I was looking over the hedges and admiring our new found height advantage. The roads had changed from dual carriageway to regular roads and this required more judgement especially when lorries and buses approached.

By the time we got to Salisbury and the dreaded roadworks on the London Road, I was starting to get stressed about getting onto our estate and more importantly, onto our drive! Normally the journey across town would take 10-12 minutes – it ended up taking 45 minutes and nearly going dark before I got to home.  With utter relief, I saw there were no cars parked on either side of our road, and even better than that, our neighbour’s car was out too!  I swung ‘the beast’ wide and drove in forwards, all ideas of reversing in had vanished, I was close enough to our wall and off the road, so with relief I switched her off.

So pleased to be home and parked,

– now for a large gin and tonic!

Our first planned trip out in The Beast is close to home at Lytton Lawn near Milford on Sea so we can test things out and see how we get on.  After studying the route on Google Maps, I had convinced myself that the roads and lanes were ok, nothing to panic about.

The day has dawned and we got on just fine, straight onto the site with no problems, filled the water tank with a newly purchased hose and fittings, hooked up to the electric supply and sorted out lunch. Patting ourselves on the back we set off on the ten minute walk to ‘support’ the local pub!  The beer was not brilliant so after only one half I moved on to continental lager but Chris stayed with the beer, someone had to do it and he is well practiced!  A brisk walk back as it was now raining, we knew it was coming along with high winds for the entire night.  Our first trip away coninsided with the first storm of the season, Storm Angus. 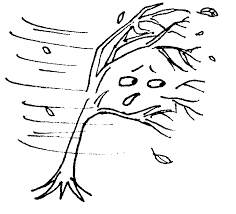 Back with The Beast, we found that the water tank was now empty, how?  We hadn’t been there.  So in the wind and rain we had to start again, read the book about taps and things, turned a valve under the bed and eventually the water tank was refilled and stayed filled. Relief!  So now we turned our attention to cooking our dinner to try out the facilities.  This was uneventful, delicious spicy sausage, peppers and pasta with a couple of cans of liquid refreshment while we played UNO and watched TV.  We were snug as a bug all night, 2C outside and 20C inside, a little buffeting by the storm but otherwise peaceful.

In the morning we discovered there was a powercut, not really surprising, and it came back on again really quickly.  So after breakfast and nothing but a dismal day weatherwise ahead of us, we headed back home.  Sorry no photos due to the weather.

A very successful first outing and looking forward to another in January. Hope the weather is kind for us.