On a quite a cold and dull grey day we caught the bus  from the campsite Crėon into Bordeaux, 13 miles away (21km); being driven for a change was nice and left me free to look around. Arriving beside the River La Garrone we set off across the Pont de Pierre spanning the River Gironde with several church spires, imposing looking buildings and a massive fun fair all in view as the city was spread out left and right along the banks of the toffee coloured river. Locating the tourist office we soon found a walking tour map of the ‘sights to see’.

Along the waterfront we looked at the Miroir d’Eau which is the largest water mirror in the world at 3,773 square yards (3,450 square meters). The water is approximately 1 inch (2.5cm) deep on a dark background and reflects the Place de la Bourse which houses a stock exchange and discovery centre for the city’s history.

The next significant building was the wonderful Grand Theatre with a columned portico with 12 stone statues. Inside the fabulous staircase lead up between low walls with twisted balustrade carved into the stone, dividing halfway up and leading around onto the landings with more columns and elaborate walls and ceilings. The central dome let light flood in and was also highly decorated but very difficult to photograph. The room above the entrance door had 3 huge chandeliers visible from the staircase but it was not open to the public. 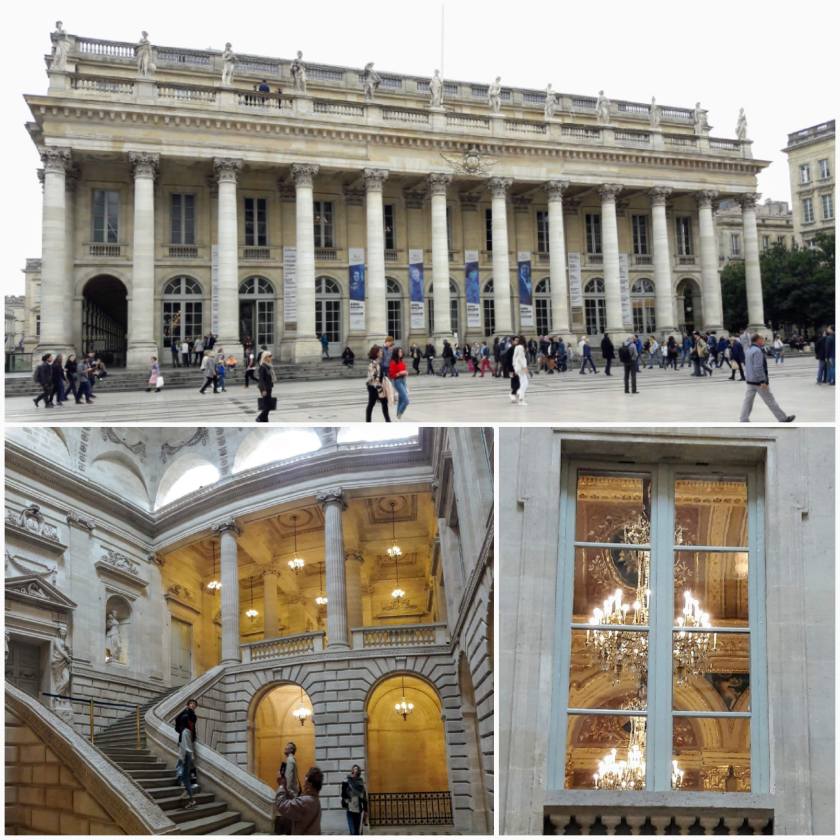 The Monument aux Girondines, built between 1895-1901, is a tribute to the inhabitants of Girande lost in the French Revolution, Liberty Breaking its Chains depicted proudly at the top of the 141 ft (43m). I loved the seahorses with fish tails, two with fins for hooves and two with claws, very strange!

Walking around we were impressed by the number of trams and bendy busses available, there were few cars in the centre, added to that there were loads of electric bikes and scooters for hire. It was quite traffic free and really very quiet for a city centre. We did spot a car park with a green jaguar exiting the wall several floors up, luckily it was deliberate and was quite a photo opportunity. 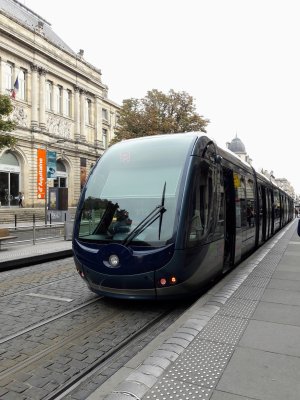 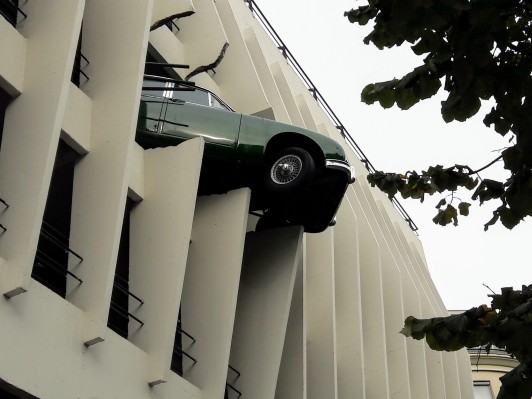 In pride of place is the Cathedral Saint André, in 1096 it was dedicated by Urban II and was Romanesque but now the style is Gothic. The high door had numerous carved figures surrounding the arched top , higher up is a beautiful round window with an intricate pattern of stonework, above which it is topped with twin spires in elaborate detail. 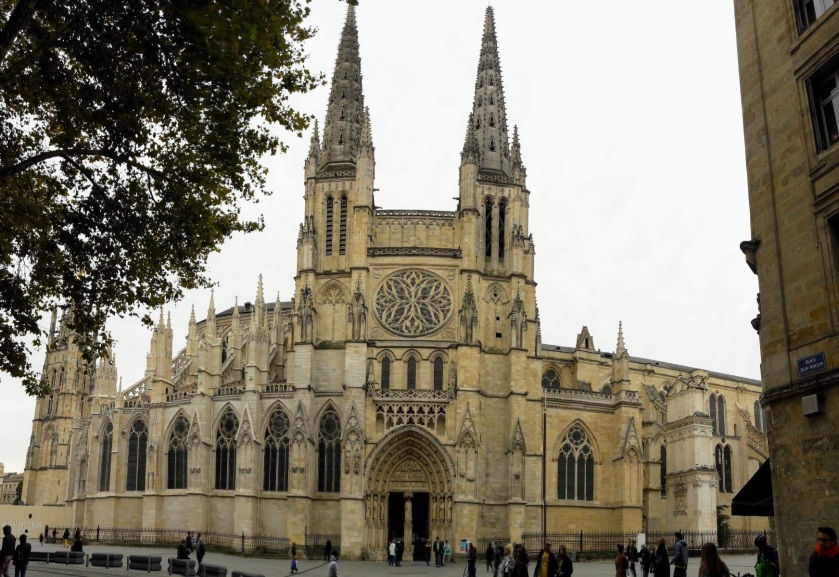 The inside of the cathedral was huge and light with arched ceilings, an elaborate pulpit and a huge organ spanning the width of the nave. 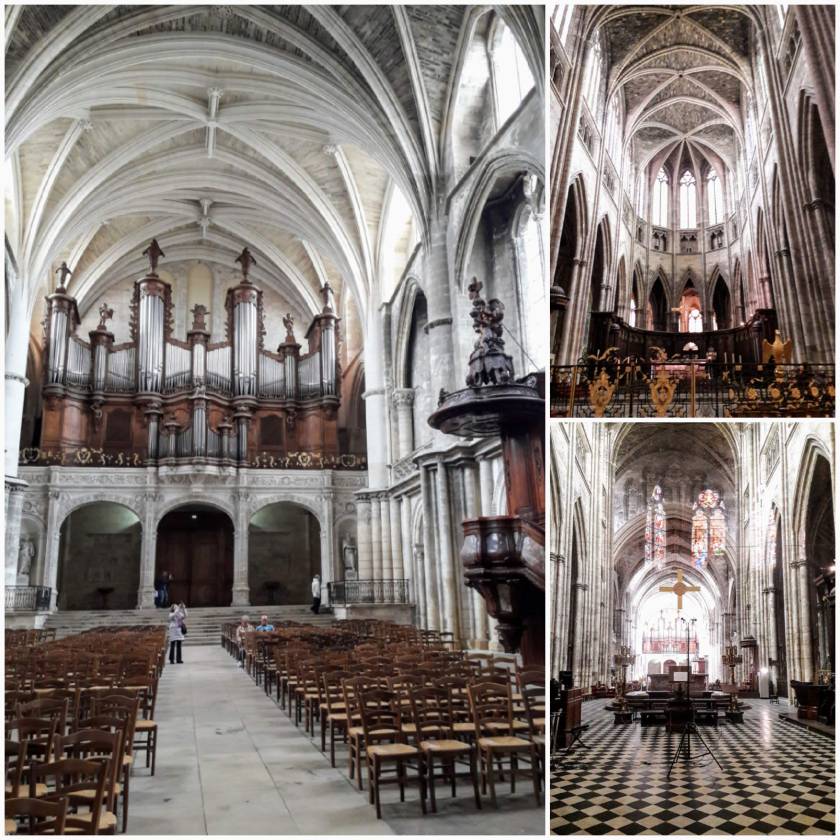 Outside the separate Bell Tower was completed in 1500 and stands 164 feet tall (50m) with a statue of the Madonna and Child added 12 years later in copper and later gilded in 2002.

The city has several gates but the most elaborate was the Grosse Cliche, a historic town Belfry and the only remains of the old defensive gate of the 13th century and was previously used as a prison. The bell was cast in 1775 and weighs 7.8 tons (7,800kg), it rings on the first Sunday of each month and 6 times a year on special occasions. On the central domed top is a golden lion weather vane which is a symbol of the Kings of England.

Returning on the punctual, warm bus we could relax again as we started to  plan the next few days for our drive over the border into Spain.

We retired at last and 2017 is the start of our next chapter. We now have a home on wheels in which to travel around Europe, follow the sun and whatever else takes our fancy. View All Posts